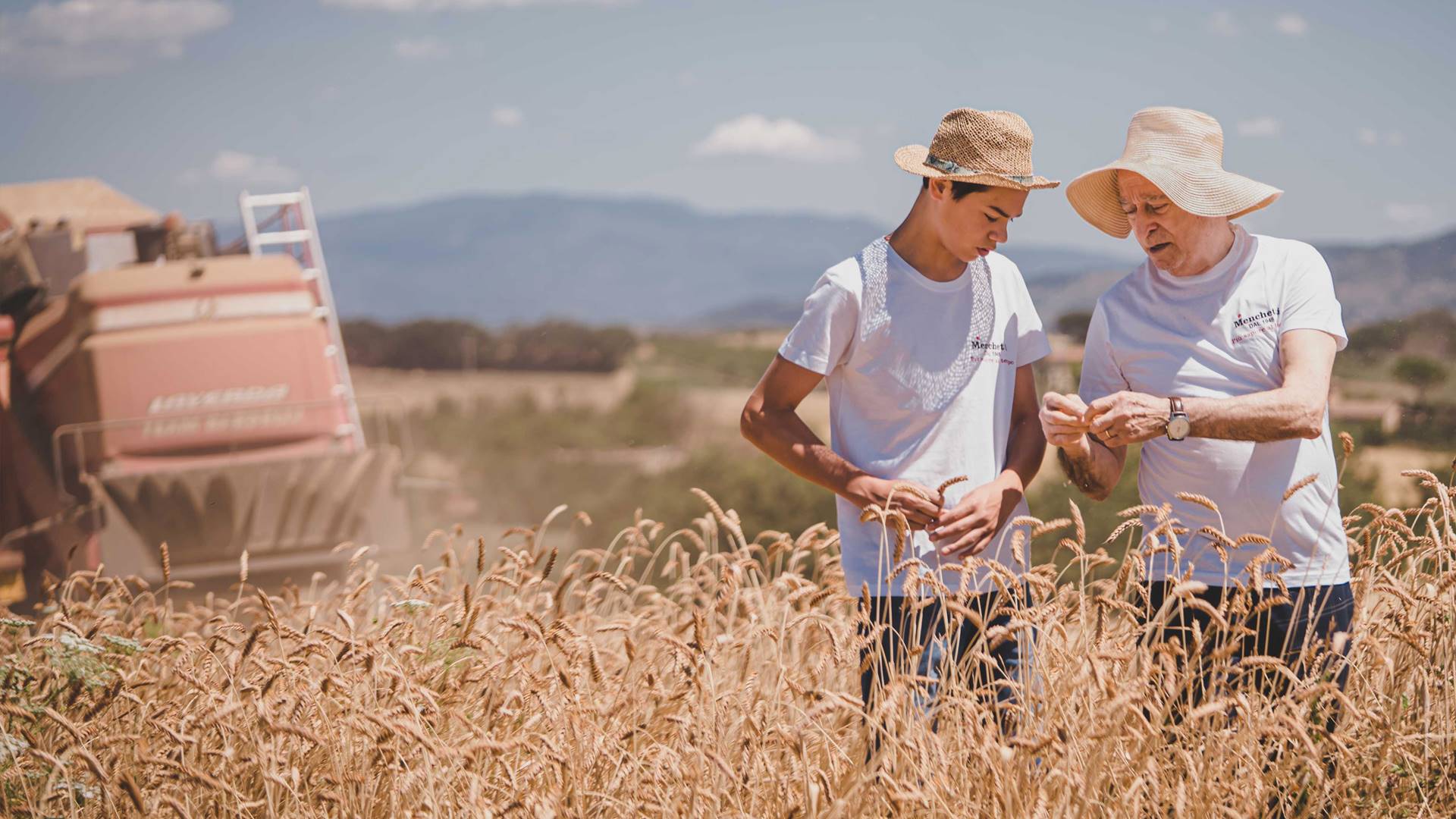 3 generations bakers in the heart of Tuscany

In a fast society
slow emotions are extinct,
but not for everyone...

Since the early years of the century, the Menchetti family has been dedicated to trade. In the first post-war period, the first major turning point of the activity took place. 1948, it is September when Angiolo and Santi succeed in opening their own bakery and dedicate themselves to production.

The "Montagnano bread" gets its way into the market, becoming more and more known and appreciated. We are currently located in Cesa in Valdichiana, in a plant where we produce quality and efficiency.

THE BOOK TELLS THE STORY OF A YOUNG MAN WHO HAS MADE HIS PASSION FOR BREAD A LIFE MISSION.

25
between premises, points of sale
and franchising

+10
nationalities in our Staff

+150,000
people a year spend their
lunch break at our premises 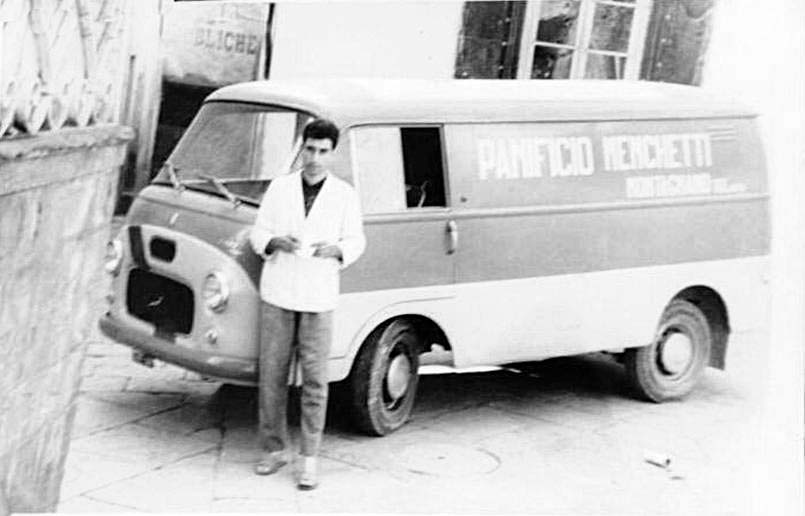 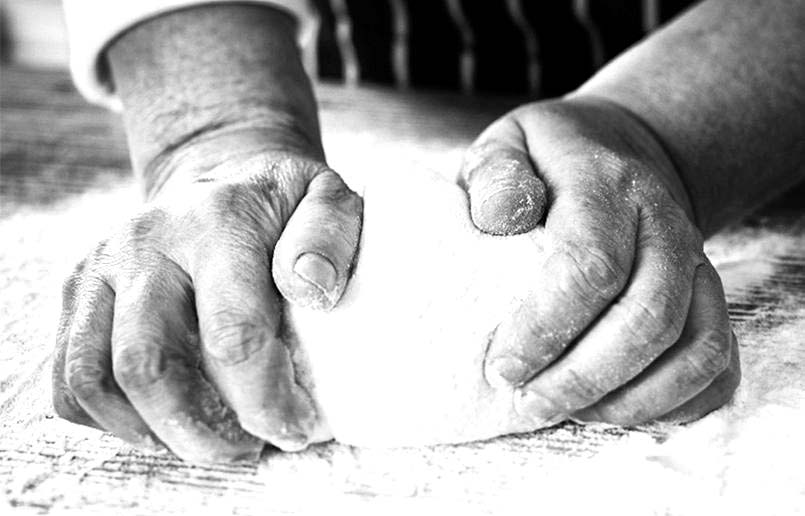 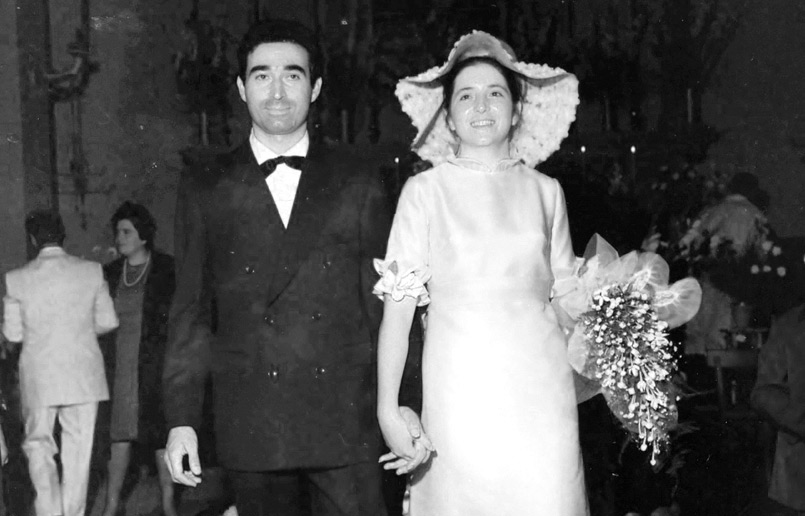 Today, the third Menchetti generation continues to run the family’s business: the brothers Marco and Corrado, sons of Santino Menchetti, have been rolling up their sleeves since childhood to help their parents and grandparents in the bakery.

"We started working in the family business when we were still at school. After classes, we used to go home, put down our backpacks and go to the bakery to help with the packaging of the products. During summer holidays, our father would send us to make deliveries in the surrounding area. After finishing our studies, my brother and I already had... a permanent full-time job!"

Corrado immediately took care of the commercial side, developing strategies for shops and retailers. After dealing with the bakery’s customers for years, creating a real system for receiving orders and deliveries, he had the vision of developing a multifunctional store format, replicable in several cities and provinces.

Always present at interviews and meetings with stakeholders, he has gained the loyalty of large-scale retail customers and taken care of all the product positioning, developing and expanding the distribution:
he is the commercial soul of the company.

Marco has always focused on raw materials and ingredients: in his role as Production Manager, in fact, every day he constantly strives for excellence. He carefully selects all the raw materials that Menchetti uses to make its products. He is the mind that organizes the work and processes and thanks to his expertise and strong business sense, the company can make use of the most reliable suppliers, the most innovative machinery and the most qualified staff, which he selects personally. In times of great production or special days such as Christmas Eve, where production is continuous, he works alongside his employees, encouraging and supporting them in their work.

They started together and together they lead with pride and dedication what Menchetti has become today: the combination of their working synergies, skills and know-how in the two different business branches, makes their management a perfect fit, complementary to each other, accomplices, united.

Due to their experience and the endless passion they have for this work, Menchetti is in continuous development, ready to project itself towards increasingly sustainable and tasty horizons!