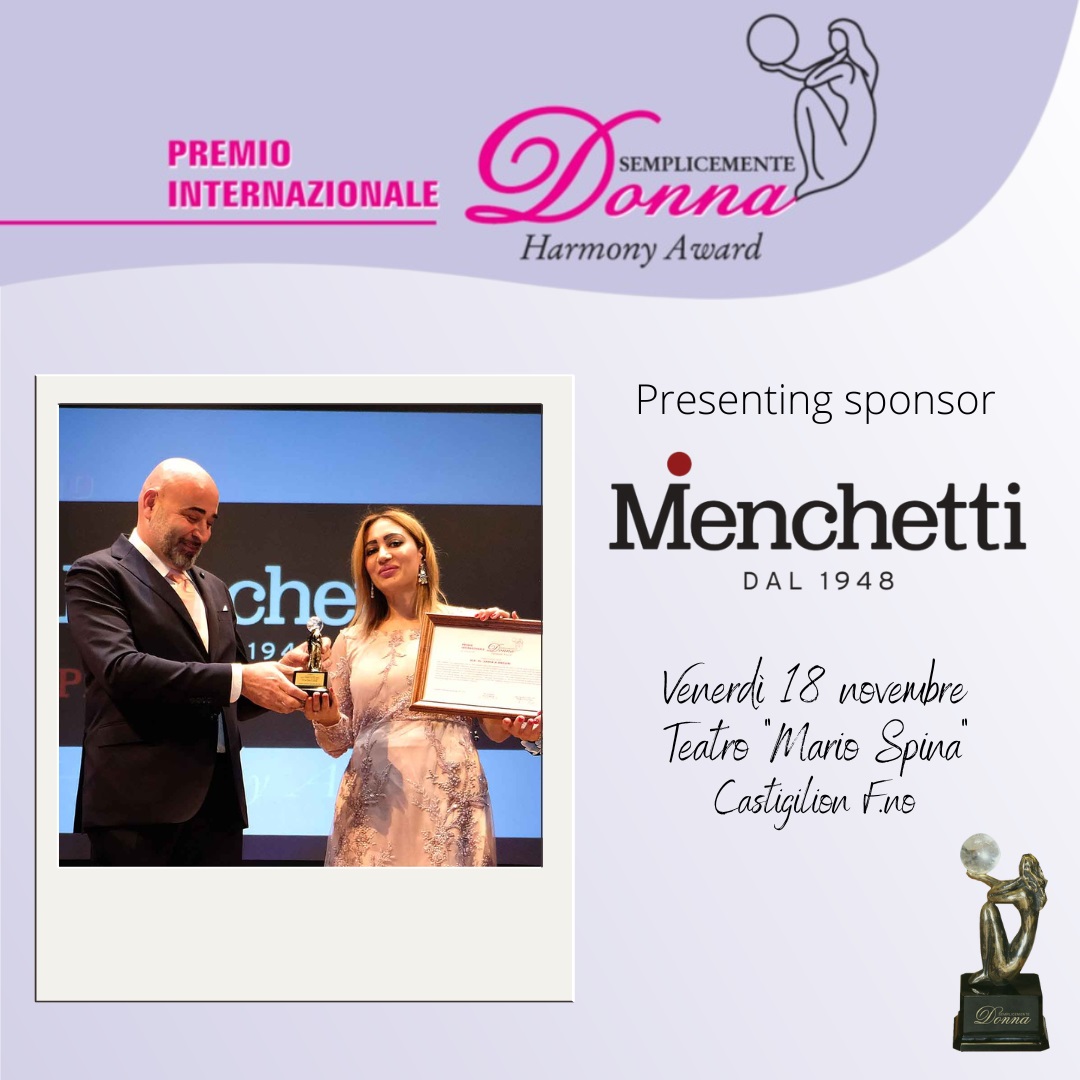 The Simply Woman International Award is back again this year.

The event, now in its tenth edition, aims to raise awareness on the issues of gender inequality and violence against women, through collateral initiatives and the involvement of local schools.

We are proud to have once again been the presenting sponsor of such an important event, whose award ceremony was held on November 18th at the Mario Spina Theater in Castiglion Fiorentino (AR).